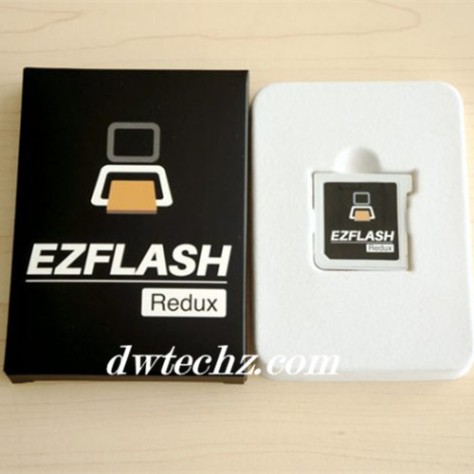 The new 3DS flashcard-EZ-FLASH Redux has the first MicroSD card side plug design in the market. EZ-FLASH Redux card can support all region 3ds games on all 3DS console up to v10.7. It can also support EmuNAND and homebrew. The direct save to microSD is an important feature of EZ-FLASH Redux.

There are two ways of using EZ-FLASH Redux card: A9LH exploit and 414 exploit.

Game List:
In the console main interface, press SELECT to popup the Game List in the upper screen.
Use L and R to change the page and use direction pad to browse game.
Press A when the game is selected, the game will be loaded and displayed in the lower screen.
The Game List window displays the SYS or EMU to confirm the system you are using.

REDUX Menu
Press L when the EZ-FLASH splash screen appearing in the upper screen, the REDUX menu will be displayed in the lower screen.

1. BOOT EZ Redux MODE: boot the system into REDUX mode. you can use the Game List and EmuNand.
2. BOOT Classic mode: boot the system into Classic mode, you can use the retail game cartridge and EmuNand, but no Game List.
3. Format EmuNand: create the EmuNand partition on the SD card. everything on the SD card will be erased. please backup
your data before use. the REDUX and Classic mode will automatic load EmuNand after it be created.
4. Restore 3DS savegame: restore the retail cartridge game save from SD card.
5. Backup 3DS savegame: backup the retail cartridge game save to the SD card.
6. Backup 3DS Game Cartridge: backup the retail game cartridge rom to the SD card.
7. FIRMWARE UPDATE: update the firmware of EZ-FLASH REDUX card. 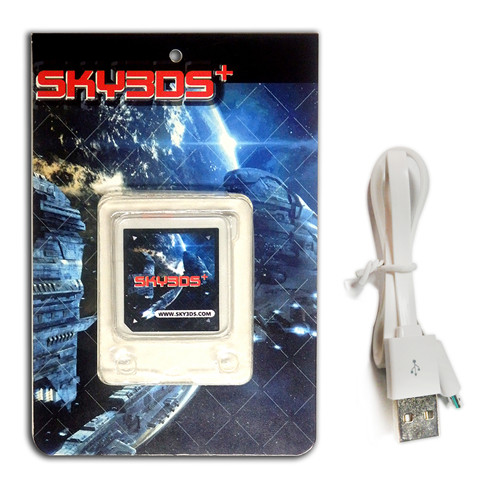